CNN Travel regularly ranks the 23 best hiking trails in the world. We’ve chosen 7 of them located in Europe.

Stretching 268 miles from the Derbyshire Peak District to the Scottish Borders, the Pennine Way is the United Kingdom’s most famous long-distance path. The entire walk takes around three weeks, passing over wild moorland east of Manchester and through the picture-postcard Yorkshire Dales, before crossing the ancient border of Hadrian’s Wall and on toward Scotland. One for outdoor fanatics, camping enthusiasts and anyone who can handle the vagaries of great British weather.

Rather than following a single path, the Camino, also known as the Way of St. James, is actually a series of different pilgrimage hiking trails, all ending at the shrine of the apostle St. James in the cathedral at Santiago de Compostela. The most popular modern route follows a line across northern Spain from the French Pyrenees. While some choose to stay at monasteries along the way, plenty of operators offer hotel stays and luggage transfers. Pura Aventura has an 11-day trip that passes through Galicia, staying in boutique inns, with bags sent ahead each day.

Stretching 111 miles, The Dingle Way is a circular path that offers the best way to get under the skin of wild County Kerry in Ireland’s southwest. Starting in the town of Tralee, the clockwise path follows narrow roads, known as boreens, taking in the wide sweep of sand at Inch Strand, passing along the clifftops outside Dingle town and heading around the edge of Mount Brandon, the highest peak on the Dingle Peninsula. Ireland Ways arranges accommodation along the route, which can be tackled over as many as ten days.

Armenia and the Silk Road

Easily overlooked, Armenia has some of the best walking trails in Europe. The 11-day Armenia and the Silk Road trip takes in some of its finest routes, connecting the UNESCO protected monasteries of Sanahin and Haghpat, passing over limestone peaks and through verdant forests, with the opportunity to hike in the wild Geghama Mountains and climb to the top of Aragats, the country’s tallest mountain.

Starting in the Bavarian town of Fussen, this nine-day route follows the Lechweg river to its source in the Austrian state of Vorarlberg. Passing the royal castles of a King Ludwig II of Bavaria, Germany as well as crystal clear lakes, the trail heads through the Tiroler Lech National Park, a protected area with lush meadows, turquoise water and ibex at every turn. Although the trail is self-guided, Walks Worldwide can arrange accommodation and meals, meaning visitors only need worry about putting on their boots and backpacks each morning.

A network of ancient pathways through the Cottian Alps, a walk in the Percorsi Occitani is like stepping back in time. Many locals still speak the Occitan language, while the remoteness of the Maira Valley makes it one of the most unspoiled corners of northern Italy. Linking hamlets and villages, this nine-day self-guided route scales some of the area’s more challenging hills, dipping into green valleys, with stays at traditional mountain refuges.

The Balkans, Montenegro and Albania

While the Alps is renowned for classic European hikes, the Balkans’ beautiful mountains make for an excellent alternative for those who’d rather hike away from the crowds. Kucki Kom, one of Montenegro’s most arresting peaks at 2,487 meters, is worth the trip alone, with the scramble to the top rewarded with huge views of the Komovi Mountains. Those after a longer hike can book onto Ramblers Holidays’ 14-day route along Montenegro and Albania’s best hiking trails, starting in Kotor and ending in Tirana.

Based on materials of CNN 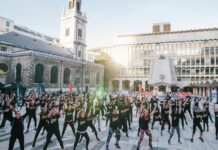 National Fitness Day to get millions of people physically active 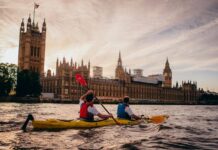 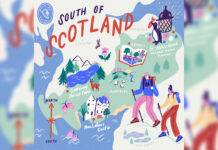 4 walking routes to try in the South of Scotland

ABOUT US
We bring together those, who love fitness, sports and active recreation from all over the world. We will tell you about the best places to spend an active holiday, about the latest and most important events and trends in the world of fitness. We’ll keep you informed about healthy business and fitness heroes. Here you can find out, where to find fitness resorts and hotels, where you can go for a run or where to find a suitable outdoor gym. Our partners will offer you prices – that you won’t be able to resist. Do you want to keep track of the latest news, coming from international sport/fitness and wellness resorts? We will always keep you up to date! Discover like-minded companions! Travel actively and profitably!
Contact us: UK +44 74 2319 4230 EU+ 372 53 60 80 89 hft@healthfittravel.com
FOLLOW US
© HEALTHFITNESSTRAVEL, 2018 The usage of HFT materials is available only with an active link to the source. All the rights of texts and images belong to their authors
MORE STORIES