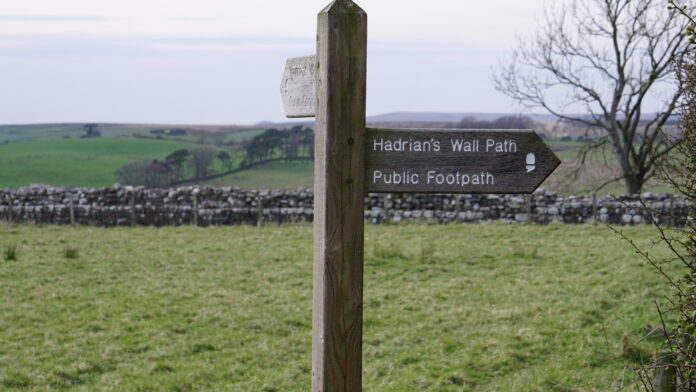 Following the line of Hadrian’s Wall from coast to coast, the National Trail is an 84-mile pathway that passes through a landscape walkers love for its diversity; bracing moorland gives way to cheerful fields, copses open out onto sky-filled vistas and all that green eventually gives way to dynamic city streets.  For most of its 84 miles, the route crosses natural grass; only when you hit the most easterly urban section will you be walking on tarmac. Although most of the terrain is relatively easy, the 23-mile central section between Chollerford and Birdoswald is hilly with a series of short, sharp climbs and descents following in quick succession. Finding your way along the National Trail is easy; you can rely both on the familiar acorn symbol, as well as marking arrows.

For some, completing the trail in its entirety is the objective. It takes approximately a week to walk from one end of the frontier to the other, depending on how long you’d like to spend visiting the Roman forts and settlements along the way. Those who do intend to walk end-to-end can join the Passport scheme, which runs between May and October each year. Simply buy your passport, have it stamped at seven specific spots along the route and claim your enamel badge and achievers’ certificate. However, there also are plenty of shorter routes and circular walks that take in stretches of the Trail so walkers of all abilities are catered for.

A World Heritage Site since 1987, Hadrian’s Wall is an astounding feat of engineering. It’s the best known and the best preserved frontier of the Roman Empire. When Hadrian’s men set out to construct it they were faced with a relentlessly challenging and variable landscape to conquer. Not the fierce torrents of fast rivers, the hard rock of the Whin Sill, nor mile upon mile of rolling hills would defeat them. The Wall is Britain’s most impressive and most important Roman monument. Together with the Antonine Wall and the Upper German Raetian Limes, it forms part of the UNESCO World Heritage Site ‘Frontiers of the Roman Empire.’

There are views for days and much to explore across the full breadth of Hadrian’s Wall Country. It may be daunting to know where to start or where to go to find the most spectacular views. Our photographer Mark Nedaskovski has captured the majestic views along Hadrian’s Wall trail in a series of photo galleries so you can explore the historic landmark wherever you are in the world.

Interested in our complete guide to outdoor activities in the UK? 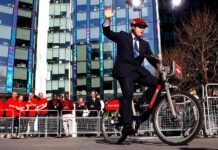 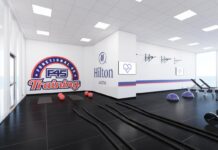