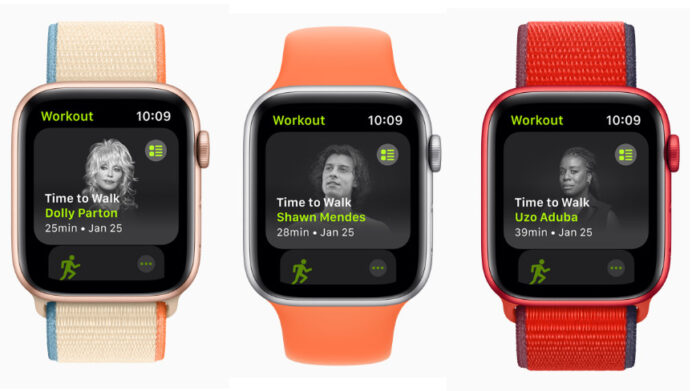 Apple rolled out a new feature on Apple Watch for Fitness Plus subscribers on Monday that will include audio episodes of celebrity commentary. The new feature, called “Time to Walk,” is designed to “encourage users to walk more often and reap the benefits from one of the healthiest activities,” according to Apple.

Four episodes are now available from Dolly Parton, NBA star Draymond Green, musician Shawn Mendes, and “Orange Is the New Black” actress Uzo Aduba. The series will focus on each figure’s life, career, and other “life-shaping moments” and “lessons learned.” According to Apple, the guests recorded their episodes while walking outside or at a location of their choosing.

During each episode, photos will appear on Apple Watch to accompany the commentary, and each episode will be followed by a recommended playlist curated by the guest.

The new episodes, ranging from 25 to 40 minutes, are available in the Workout app on Apple Watch, and an episode from a different guest will debut every Monday until the end of April.

Apple’s new feature comes as the company continues to take on power players in the fitness arena, namely Peloton. Apple unveiled its Fitness Plus subscription in September, and it launched for users in mid-December.

The service includes workouts ranging from strength training and cycling to yoga and running and is powered by the Apple Watch.  It costs either $9.99 a month or $79.99 a year.

It’s similar to Peloton’s subscription service, which includes the company’s uber-popular stationary bike. Customer demand for at-home fitness options has spiked during the pandemic as many driven into their homes seek accessible means of exercise. 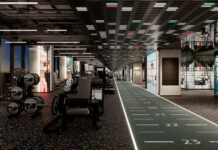