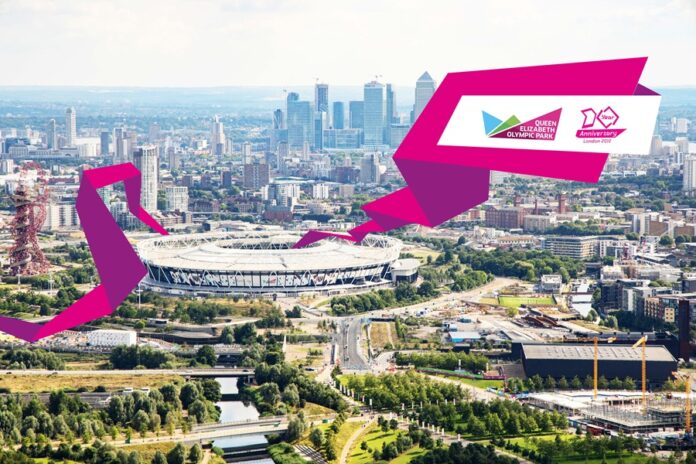 This Summer at Queen Elizabeth Olympic Park is truly set to be one to remember, with a jam-packed programme to celebrate 10 years since the spotlight was shone on London for the 2012 Olympic and Paralympic Games.

A season of events inspired by the magic of London 2012

Remember some of the most iconic moments of London 2012 at Lee Valley VeloPark which hosts a free exhibition telling the legacy story of the Olympic and Paralympic Games, including 2012 medals and torches on loan from the National Paralympic Heritage Centre.

Experience incredible performances from your favourite artists at the London Arena, from ABBA Voyage, to headliners the Red Hot Chili Peppers in June.

On June 12, Soccer Aid is coming to Queen Elizabeth Olympic Park! (And it promises to be the best Soccer Aid yet).

Usain Bolt makes his return as captain of the Soccer Aid World XI team, competing at the London Stadium ten years on from his gold medal heroics at London 2012.

Following the Great Get Together, the Park will host a smaller scale Festival Site through the summer – ‘Celebrating 10 Years’ Festival Site – from Sunday 24 July through to Monday 8 August, which will offer a mix of screen and stage entertainment in the north of the Park.

Expect live-music, movies, mass karaoke and for some added nostalgia, footage of Team GB and Paralympics GB winning gold at the London 2012 Olympic and Paralympic Games.

Not only is there a big screen, there are lots of fun activities including fitness workshops, table tennis, a giant treadmill, live performances from UK Skiffle-Pop band Thrill Collins, other great bands and live DJs.

July and August will see Lee Valley VeloPark host the Birmingham 2022 Commonwealth Games track cycling, becoming the world’s first sports arena to host competitions for Olympic, Paralympic, World Championship and Commonwealth events. Footage of the cycling will be shown on the screen at the ‘Celebrating 10 Years’ Festival Site.

Then in September, finishing of an incredible season – Beautiful People – the world’s friendliest party is all about bringing people together under a shared love of music and the summer sun.

See more news about health and active leisure on our channels: FB Inst