Born in 1926 and having reigned since 1952, Queen Elizabeth lived the bulk of her life onscreen. After the livestream and Monday’s funeral at Westminster Abbey, her body will ultimately rest in Windsor, among other royals in the King George VI Memorial Chapel.

In celebration of Queen Elizabeth II becoming the UK and Commonwealth’s longest-reigning monarch, The Outdoor Trust established Walkway around her home at Windsor. The Queen opened The Queen’s Walkway in Windsor on her 90th birthday.

This short circular walk explores the historic town of Windsor, including the Queen’s residence at Windsor Castle and the banks of the River Thames.

Windsor itself is a beautiful, unique and historic destination crowned by the largest and oldest inhabited castle in the world, and its magnificent gardens. The entire town is a wonderful place to walk, with plenty of shops, bars, cafes and restaurants to enjoy along the way. 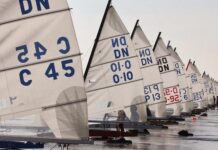 Sail in Estonia on ice 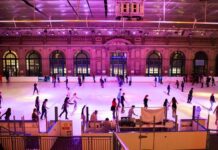 Ice Skating In London All Year Round